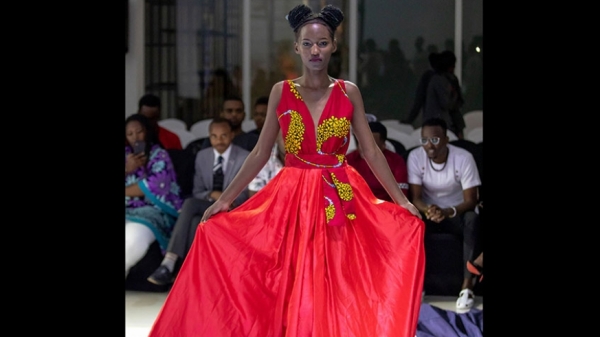 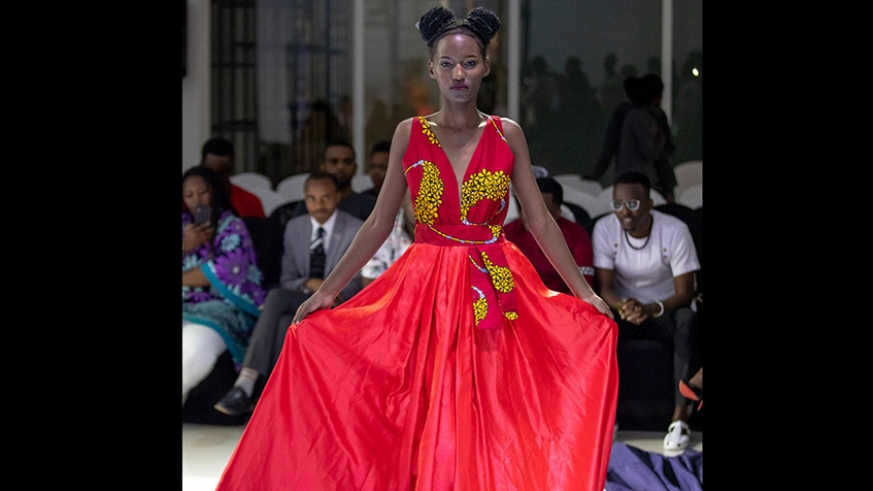 A model hits the runway during at Rwanda Cultural Fashion show back in September. Photos: File.

Made-in-Rwanda remains the common motto for local fashion designers and creativity has been at the heart of their collections, which continue to challenge the international market in the world of fashion.

The fashion fraternity still mourns top model Alexia Mupende who passed on in January last year but the industry has been quite impressive over the past twelve months as proved through the following events:

Alhough the journey has been an uphill struggle for Rwanda’s fashion industry over the past ten years, local models and fashion designers had reason to celebrate their incredible rise, thanks to Kigali Fashion Week.

It is through the annual fashion show that a number of renowned models like Mister Africa 2017, Jean de Dieu Ntabangayimana, aka Jay Rwanda, and Moses Turahirwa, who now owns Moshions, found their potential in fashion and modeling. To date, the annual event continues to introduce new talents to the fast-rising world of fashion in Rwanda.

During its 10th anniversary, a number of new faces in modeling field were given a chance to headline the runways dressed in well-decorated designs from local and international designers in an impressive style.

The Mercedes Benz Fashion Week, in June last year, kicked off their debut show in Kigali on a high note.

The Mercedes-sponsored two-day fashion event was like no other, having attracted some of the arguably best fashion designers on the continent, and beyond, including prominent South African fashion guru George Malelu, whose style legacy in South Africa and beyond earned him huge deals with renowned celebrities, like American Pop singer Beyoncé Knowles. 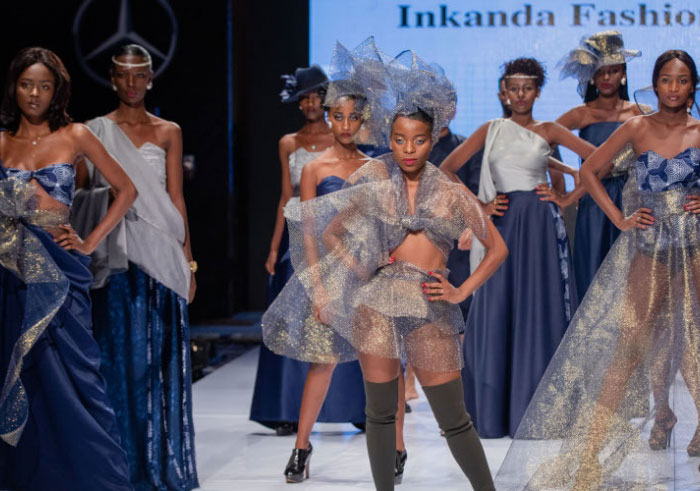 The first edition of Mercedes Benz Fashion show was a successful one in Kigali as designers from across the globe exhibited their work.

Credits go to Danny Ndayishimiye, a fashion events coordinator, who brought the fashion event to Kigali, to make it become the second city to host Mercedes Benz Fashion Week after Accra, Ghana. The two are the only African cities hosting the coveted fashion event.

Other cities that host the Mercedes-sponsored event include Istanbul (Turkey), Brisbane (Australia), Mexico, Malaysia and Tbilisi (Georgia) among others.

The event has always been there to provide an inclusive and supportive platform dedicated to emerging and established designers and models, with a touch of the Rwandan and African culture, linking up local and international fashion designers in a bid to open up new opportunities.

The designs showcased at the show were varied from animal print cultural sense of style, “Inshabure”-Rwandan antique clothing style, to “kitenge” African print to ensure cultural diversity was embraced throughout the show.

It may have coincided with American singer Ne-Yo’s performance at Kwita Izina live concert in Kigali but the show did not fail to impress.

There is one thing that makes Rwanda Modesty Fashion look unique: dressing up in line with respecting culture, hence all the collections, showcased at the fourth edition of the show in December, were locally made, and proved that the true beauty of a Rwandan lies in dressing up properly and decently.

The future of the annual fashion show, which is mainly organized to promote Rwanda’s cultural values through fashion, looks promising given that organisers of the event are focusing on giving respect Rwandan culture deserves.

If more fashion events perform the way Rwanda Fashion currently does, Rwanda could, sooner than later, find itself in a good position to become a potential fashion destination in Africa.

Formerly, CollectiveRw Fashion Week, the annual fashion event is organised by CollectiveRW, and aims at strengthening, promoting and developing Rwanda’s fashion industry by fostering talent, originality and representation locally, as well as on the African content and abroad.

CollectiveRw’s members Sonia Mugabo, Moses Turahirwa of Moshions, House of Tayo, Haute Baso, Uzi Collections were among the top designers who showcased collections of creative couture alongside established international designers  which impressed the audience that included some members of the First Family. 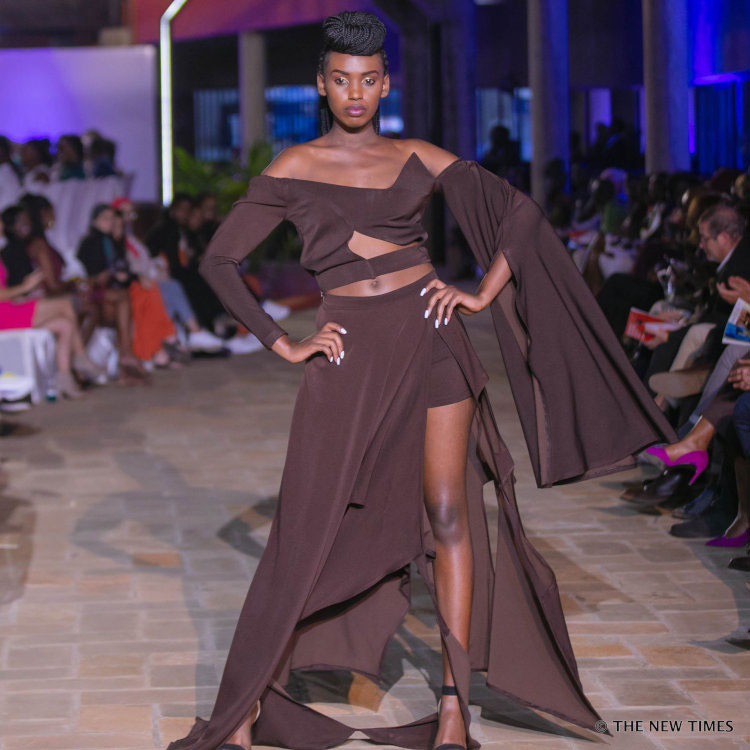 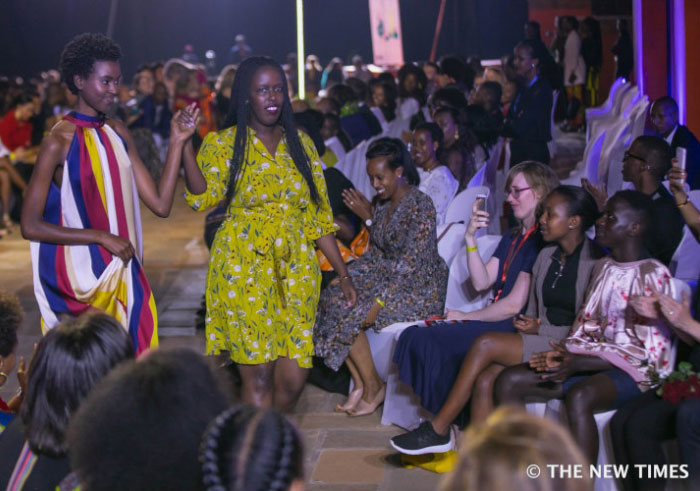 Designer Sonia Mugabo showcases her designs at a past Rwanda Fashion Week event in May. File 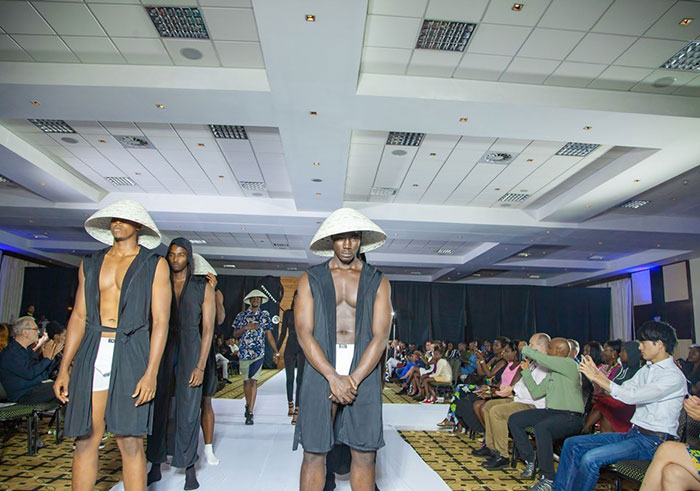 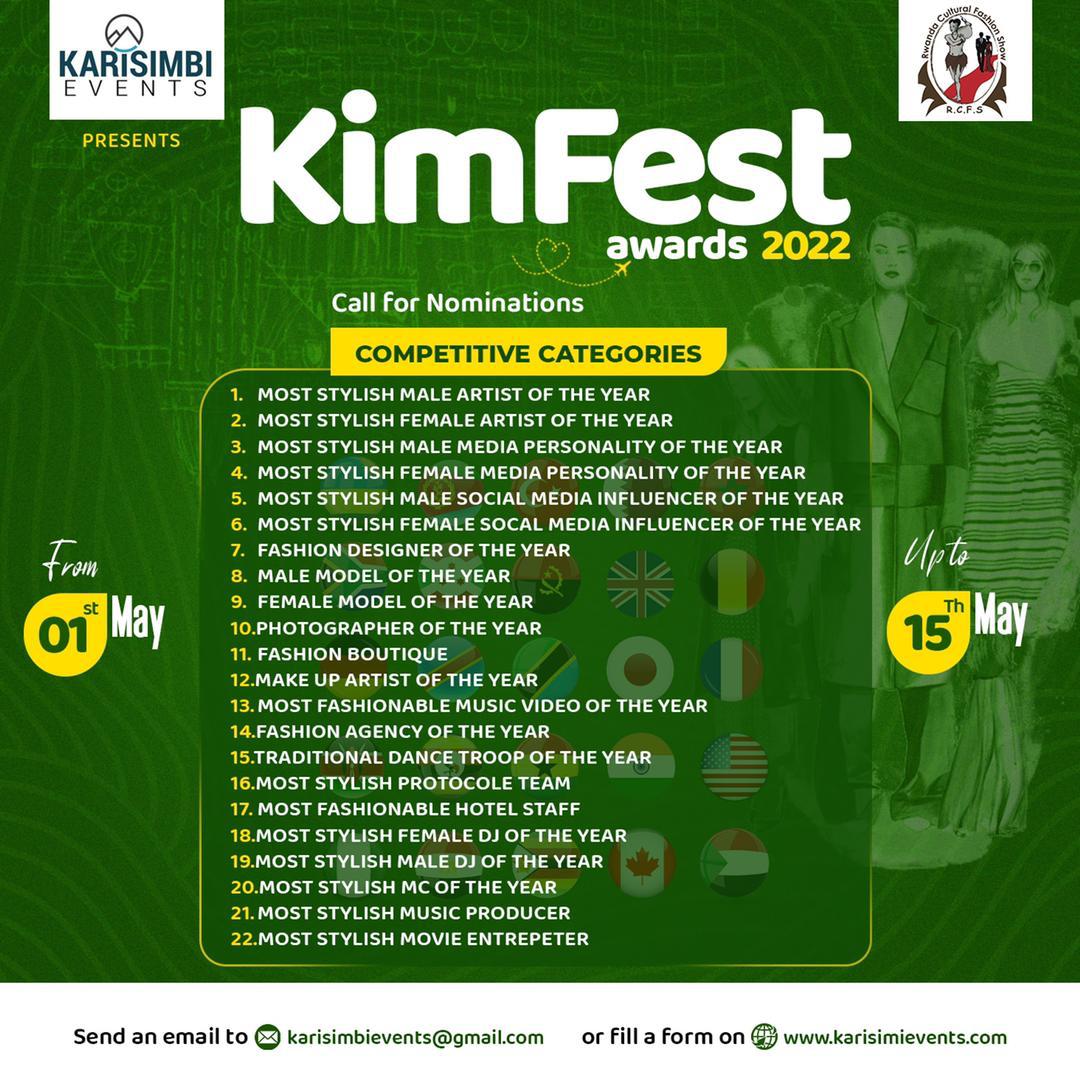 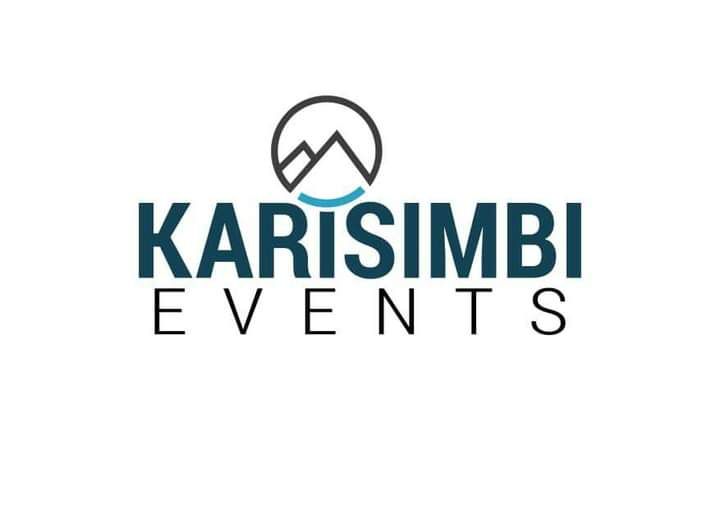